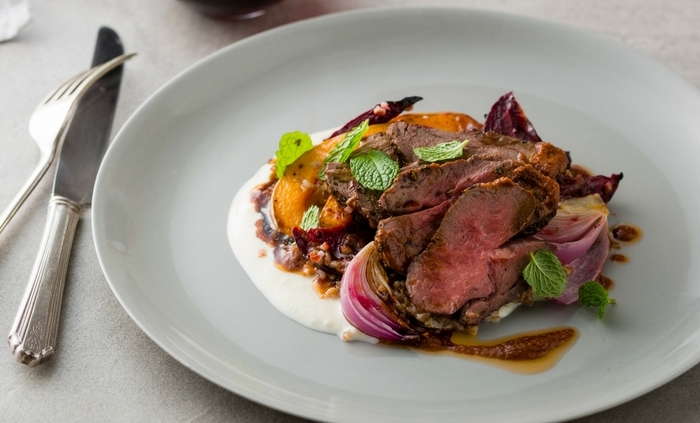 The lamb brand collected the top award in the food category and was runner-up in the innovation excellence for research sector.

It also came in as a finalist in the agribusiness-environment and export innovation awards.

Alliance marketing manager Peter Russell said he and his colleagues had been challenged about the legitimacy of entering a lamb product into awards that highlighted cutting-edge products from all sectors of the economy.

“We were asked ‘it’s a lamb product, what can you really do with something that has been around so long?’”

But the hard graft of intensive scientific research and breed development meant the lamb with high omega 3 and polyunsaturated fats had taken the traditional red meat product to a whole new level of consumer appeal and premium potential.

The win represented a corporate highlight for a company that had tended to trail in the shadow of competitor Silver Fern Farms that had claimed the spotlight with its popular pre-packaged and portioned quality meat cuts.

“The Te Mana Lamb product has been acknowledged by top end chefs and consumers. It has gone and pushed a big red reset button on how people see lamb.”

The brand emerged from the Omega Lamb Project, a Primary Growth Partnership between Alliance, farmer group Headwaters and the Ministry for Primary Industries.

Now in its second of its seven-year lifespan, the project had $25 million of input from the Government and industry, split evenly.

In finding alternative feed regimes for sheep using chicory as a source, the researchers also bred a selection of whiteface sheep scanned for taste and fat levels. That flock also demonstrated high levels of healthy omega 3 and intramuscular polyunsaturated fats.

“The result has been a product that we liken to Wagyu beef, with a level of marbling through it that changes both the taste characteristics from traditional lamb and the cooking nature of the product.”

While acknowledging the health benefits of the lamb, Russell said it was the taste that was driving uptake by high-end consumers and the chefs cooking for them.

Certain parts of the carcase had higher omega and polyunsaturated fat levels than others, providing opportunities for products like pet food or opportunities to extract fats that could be formulated as ingredients for nutritional or food products.

“We are really still going down the research pathway as we start to recognise what else can be done with the lamb, other than providing a highly rewarding eating experience.”

While the PGP programme had its critics, not least new Agriculture Minister Damien O’Connor, Russell said the programme had been invaluable for providing the investment needed for some expensive early research work.

“We started out seeking a way to better farm sheep in the high country and discovered a fat profile quite different to other sheep.

“The PGP has paid for some expensive science and MPI should be congratulated for their support.”

The company was looking to expand beyond the core group of southern farmers running the sheep.

“Farmers seeking to be part of Te Mana have to buy the rams that carry the trait and would have to subscribe to the chicory-based forage system.

“We can see the potential to expand this beyond southern farms, with plenty of properties in the North Island quite capable of growing chicory and running this type of sheep.”

However, the company had no plans to expand into supermarket retail for the lamb, keeping it focused at top-end restaurants here and abroad and My Food Bag’s Gourmet Bag range.

Russell was optimistic farmers supplying the lamb would be paid a premium for their efforts this year.

“I take my hat off to those farmers that started off, taking the risk with it and doing the work early on.

“They deserve to be rewarded given the product is fetching the highest premium of any lamb product on the market.”

The supreme NZ innovation award was claimed by the Rocket Lab space venture company, with its new launch base at Mahia Peninsula.

This article was originally featured on Farmers Weekly.